Today I’m playing along with the latest Simon Says Stamp Flickr Challenge, for which the theme is “Stencil It!” Be sure to check out the challenge for your change to win one of two $25 gift cards 🙂

I started by positioning the Simon Says Stamp Leaves stencil over an A2-sized piece of Neenah Solar White 80# Classic Crest cardstock.  Using foam blending tools, I blended on Abandoned Coral and Picked Raspberry Distress Oxide Inks.  I concentrated the Abandoned Coral over the stem and the bases of the leaves and then used Picked Raspberry to fill out the middle and tips of the leaves.

Then I used the Hey Love die to die cut the sentiment four times, once out of Neenah Solar White and three times out of heavier 110# Recollections cardstock.  I inked up the Neenah layer with Picked Raspberry and then adhered all four layers together before adhering the sentiment to the background.  Because there wasn’t a lot of contrast between the sentiment and the leaves it overlaps, I decided to use Copic Opaque White to try to outline the sentiment.  Despite the fine brush it comes with, I had a really hard time getting a neat line so I switched to a white gel pen, which I found didn’t give as opaque coverage.  If I had to do it over, I think I would have skipped both the Copic Opaque White and the white gel pen since it looks a little bit messy to me.

Then I used the Outline Clustered Leaves die to cut the delicate sprig of leaves out of Neenah Solar White cardstock.  I trimmed a few leaves away from bottom right, to leave room for the sentiment, and then adhered it to the card front along the stem only, so that the leaves would stand up away from the background.

Thank you for visiting! 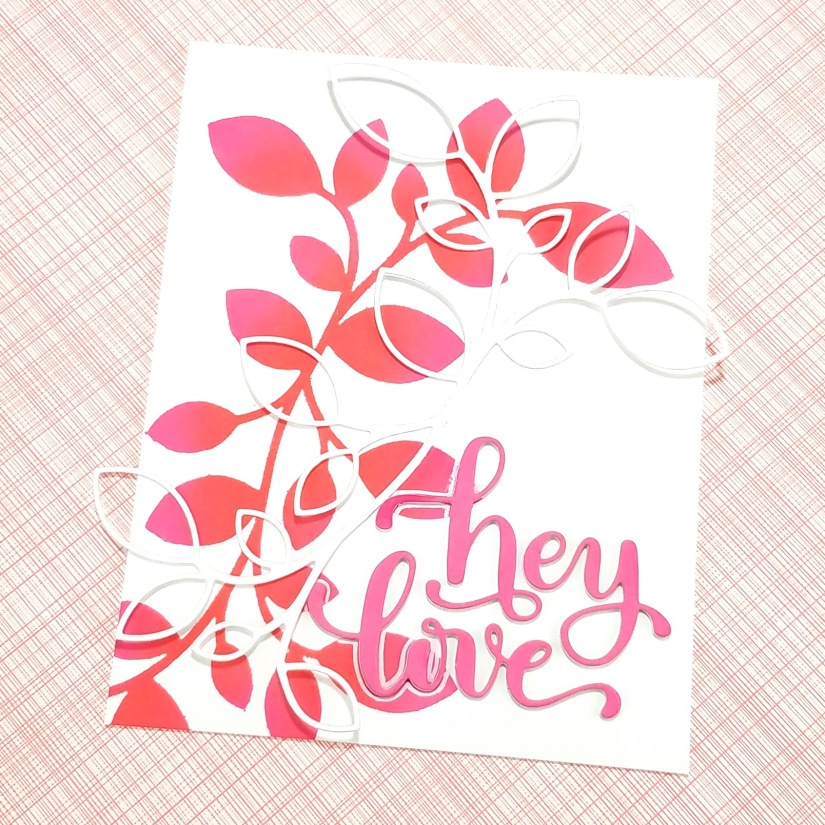