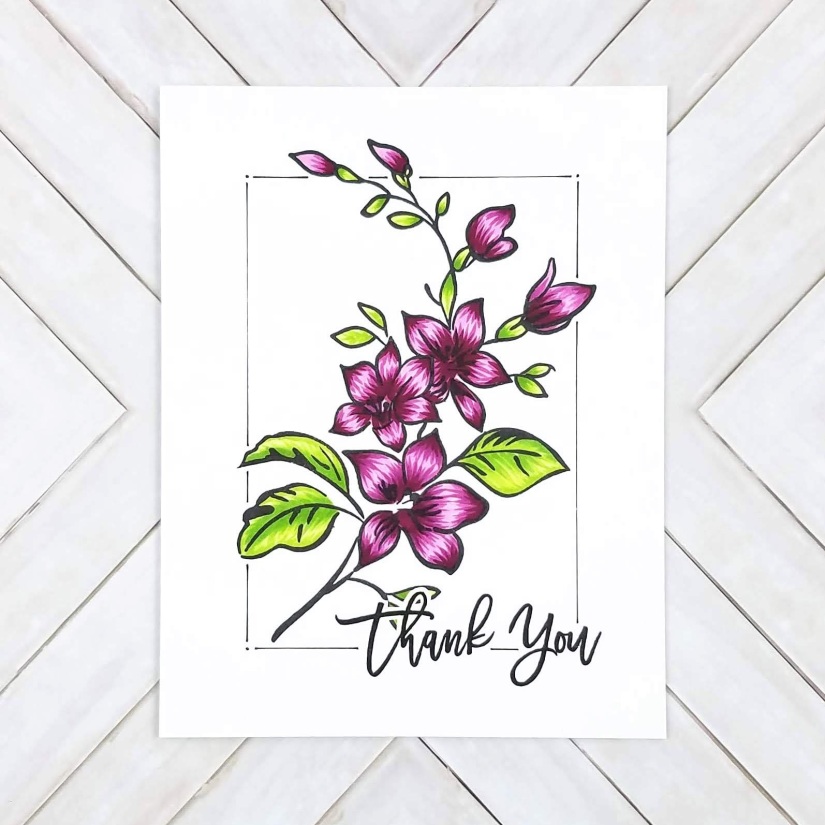 Happy Saturday to you, I hope your weekend is getting off to a nice start!

Today I’m continuing my practice with one-layer cards, incorporating some of the ideas and techniques that Kelly Latevola shared in her One-Layer Wonder class over at Altenew.  Lately, I’ve been really drawn to flowers and coloring which is perfect for one-layer cards.  This time, I’ve used flowers from the Best Mom stamp set and a sentiment from the Neighborhood stamp set, both from Altenew. 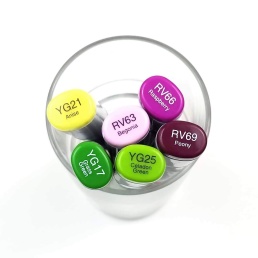 I started by stamping the large spray of flowers in Copic-friendly Hero Arts Intense Black ink onto an A2-sized piece of Neenah Solar White 80# Class Crest cardstock.  I colored the flowers with RV63, RV66, and RV69, starting with the lightest color and then layering in the darker colors. For the leaves, I used YG21, YG25, and YG17.

Then I used a pencil to lightly draw in the frame, with the help of a ruler of course. I wanted the frame to be tight enough to cross over the flower image, but I also had hoped that all four corners of the frame would be visible.  However, since I really wanted my sentiment to sit off to the right, I hemmed and hawed before finally accepting that the fourth corner would be “hidden” behind the sentiment.

Before I inked the frame, I erased the pencil lines near the sentiment and stamped the sentiment in Versafine Onyx Black ink.  Then I used a 01 (0.25mm) black Sakura Pigma Micron pen to draw a small dot where the frame lines intersected at the corners before I used the ruler to add the rest of the frame, skipping where the frame would have crossed the image or sentiment.

As a finishing touch, I used a white Sakura Gelly Roll pen to carefully outline the parts of the T and H that overlapped the leaves beneath.  This was one of the great techniques that Kelly Latevola shared in her class.  The contrast helps the letters be more readable.  It’s such an easy solution to a challenge I have always struggled with!  I did go back in with the black Micron pen to clean up some areas of the sentiment that I accidentally covered up with white.  Even in real life, it’s hardly noticeable.   But, if I were to make this card again, I’d mask off that last little branch.

Thanks so much for coming by! 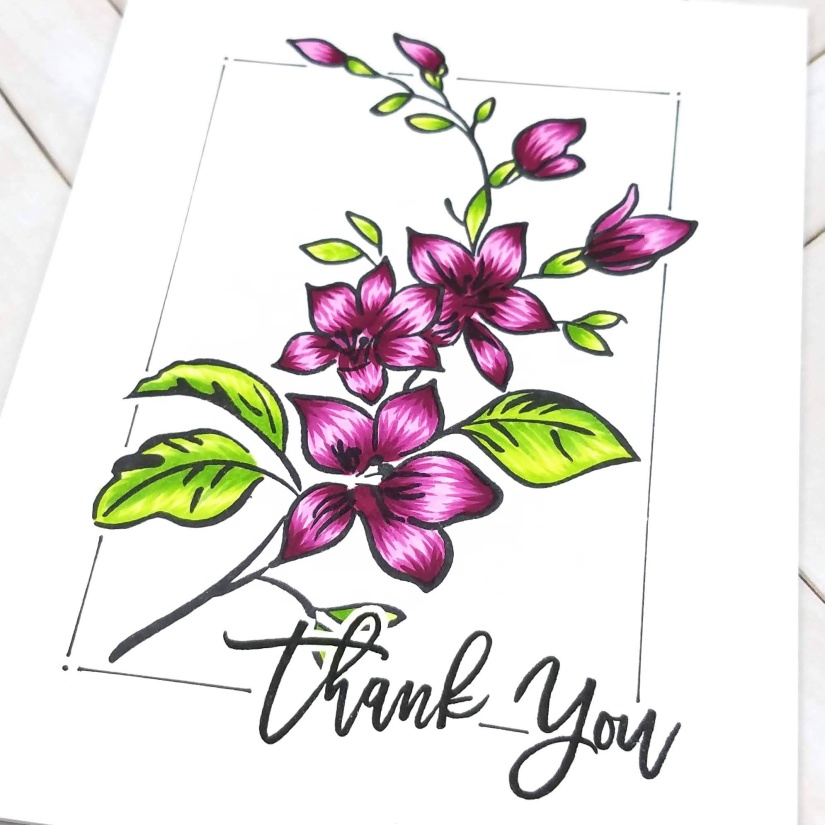 Happy Monday! The @altenewllc Suddenly Spring release is live and it's full of great new standalone dies. Come join us for a blog hop filled with inspiration and chances to win prizes! Links in bio for both my blog and to browse the new collection ☀️💛
Happy weekend, crafty friends! Thank YOU for being a reason a smile! ☀️💛
Hello 👋🏻👋🏻👋🏻, I hope you're having a good week! ☀️💛
I hope you've had a nice start to the week! I love beautiful line art florals, don't you? There are so many options for stamping and coloring, and in this case, when you have images with lovely details like these have, "no coloring" is also a great option! ☀️💛
Happy anniversary, @altenewllc! Today is the last of four days of blog hops celebrating Altenew's 7th anniversary. Please come join us for lots of card ideas and inspiration and a chance to win one of 41 prizes from a host of sponsors! Head over to the Altenew Card Blog to start at the beginning, or meet me at skypaperscissors.com where I'm sharing this card and have today's entire hop list. ☀️💛
I hope your weekend has gotten off to a good start! Here's a quick and easy, bold and graphic card featuring the new Folk Art stamp from the @altenewllc Whimsical Wonder release. This image is beautiful colored, painted, or just standing in its own! ☀️💛
Happy Friday, lovelies! If you haven't seen the @heroarts April My Monthly Hero kit yet, be sure to check it out. This month's kit includes a 3-piece layering die set, among lots of other goodies. This card's background was made with just one stencil. Layer, turn, and flip all three stencils to create a virtually endless number of patterns! ☀️💛
Hello there, I hope your week is going well! I'm up on the @heroarts blog today with this card featuring the Graphic Reef stamp set. I love ocean themes and this sentiment is so apt, isnt' it? I hope you'll come for a visit! 🦀☀️💛
Happy Wednesday! @altenewllc released new gradient cardstock sets today! This card features new purples and reds (and the Craft-A-Flower: Cosmos set from February). I hope you'll head over to skypapercissors.com to join us for a blog hop full of inspiration (there's a new Craft-A-Flower today, too!) and chances to win prizes. ☀️💛